What Can We Expect from Artificial Intelligence in Video Analytics Software in the Next 3 to 5 Years? 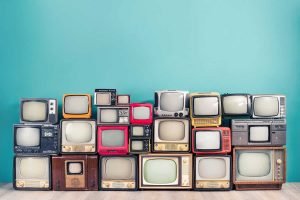 What can we expect from Artificial Intelligence in video analytics software in the next 3 to 5 years?

Artificial intelligence is already prevalent in our digital lives, from phones to chatbots and even home assistants. Artificial intelligence is constantly evolving, and it seems like there’s no limit to what AI can do. In the next few years, we can expect AI to become even more integrated into our lives, especially in video analytics software, to continue to evolve and become more sophisticated.

AI-enabled video analytics will be able to provide more accurate and detailed insights into video data. So making it an invaluable tool for businesses and organisations of all types.

Additionally, AI-powered video software will be able to help users save time and money by automating tasks that would otherwise be manual and time-consuming.

What is Artificial Intelligence and What are Its Capabilities When it Comes to Video Analytics?

Artificial intelligence is a branch of computer science that deals with the creation of intelligent machines that work and react like humans. When it comes to video analytics, AI vision applications, for instance, can be used to process and analyse large amounts of video data to extract useful information and insights.

AI-powered video analytics can identify objects, people, and activities in videos and track and predict trends over time. Additionally, artificial intelligence can be used to automate repetitive tasks such as video surveillance, event detection, anomaly detection, and content moderation.

A subfield of AI is machine learning, which focuses on building algorithms that can learn from data without being explicitly programmed. In machine learning, it is as if we are letting these computers and machines decide for themselves, based on an operation they must accomplish.

Deep learning is a subset of machine learning inspired by the brain’s structure and function. And deep learning algorithms can learn from data in a way that is similar to how humans learn.

Deep learning is often used for tasks such as image and video recognition, natural language processing, and speech recognition.

Ultimately, AI enables video analytics to provide users with more accurate and detailed insights into their video data. It also allows users to streamline processes by having working machines be middlemen within the system who can make decisions and forecasts.

AI has been around for centuries, though it only began to be used in video analytics relatively recently. In the early days of AI, machines were only capable of carrying out simple tasks such as calculations and basic pattern recognition. In the past few years, however, AI has made incredible strides. And it is now able to carry out more complex tasks such as video analysis and object detection.

However, thanks to advances in technology, AI tools have become much more sophisticated and are now capable of performing complex tasks such as natural language processing and image recognition where they can now interpret and understand the content of videos. This increased capability has led to a number of benefits for artificial intelligence (AI) video analytics, including improved accuracy, more detailed insights, and automated task management.

One example of how AI has progressed in recent years is Google’s DeepMind. The artificial intelligence company that was acquired by Google in 2014. DeepMind has been working on a number of projects related to video analytics. Including developing algorithms that can automatically identify objects in videos and track their movements over time. In 2015, DeepMind released a paper that detailed how their algorithm was able to learn to play a number of popular video games. Including Space Invaders and Breakout, by observing and learning from gameplay footage.

While DeepMind is just one example of an AI company that is making advances in the field of video analytics, there are many other companies and organisations that are also doing cutting-edge research in this area. As AI tools and techniques become more sophisticated, we can expect to see even more amazing advances in video analytics in the years to come.

What Benefits Does Artificial Intelligence Bring to Video Analytics ?

Artificial intelligence or AI systems brings a number of benefits to video analytics. First and foremost, ai video analytics is able to provide more accurate and detailed insights into video data. This is because AI technology can process and analyse large amounts of video data much more quickly and effectively than humans can.

AI makes video data more accessible and useful for everyone by making it easier to extract useful information and insights from video data. For example, if you have a large video dataset that you want to analyse, you can use AI tools to automatically process and analyse the videos for you.

AI can help improve performance and productivity by automating routine tasks that would otherwise be manual and time-consuming. For example, if you’re a security guard who needs to monitor a large area, AI can be used to automatically track people and objects within the video footage and send alerts if something unusual is happening. This frees up your time so that you can focus on other tasks.

AI can help speed up the processing of video data by automatically extracting useful information and insights from video footage. This helps users save time and money by eliminating the need to manually process video data.

How Businesses are Currently Using Artificial Intelligence in Their Video Analytics.

Retailers are using AI to automatically track inventory levels and identify potential theft. For example, if a store has a high number of returns or missing items, AI can be used to automatically flag these items and investigate the cause.

AI can be used to monitor customer behavior in retail stores. For example, AI can be used to track how long customers spend in each aisle, what items they pick up, and whether they put the items back on the shelf. This information can be used to improve store layout and product placement.

Object recognition is used when you want to identify objects in your videos such as cars or trucks etc. Motion detection allows you to detect movement within the images taken by cameras placed at strategic locations around your premises or building while analysing a video stream from those cameras.

The ability of these systems to recognise people and other objects in a given scene is one of their most important features. Since it allows businesses to track potential threats before they occur. Or even after they have occurred so that they can take necessary actions as quickly as possible. Which helps reduce damage caused by an event like an accident or an attack on property or people respectively. If any such event takes place on account of lack of proper security measures being put into place beforehand by someone who was responsible enough not only towards themselves but also towards others too!

The Future of Artificial Intelligence

AI is becoming more and more capable of understanding context. With smart cities, for example, AI can be used to monitor traffic patterns and predict congestion. This information can be used to route traffic away from congested areas and improve the flow of traffic.

This means it will be able to identify what is happening in your videos. It will also be able to understand why a specific action happens (e.g., someone entering a building). In the future, we can expect AI-based video analytic software to understand the meaning behind actions. So in order to help us better analyse our footage and make decisions based on that information.

The ability of ai-based systems to recognise emotions has been around for quite some time now. However, what you may not know is that these systems are getting better at recognising emotions faster than ever before! This means that if you want your system to learn how people feel when they enter or exit an area. Then this could potentially become possible through machine learning techniques like deep learning or recurrent neural networks (RNNs).

What can we expect from Artificial Intelligence in video analytics software in the next 3 to 5 years?

So, now, some final thoughts. AI in video analytics opens a whole new world for business owners. It gives them this rather intangible third eye that is able to record, store, and analyse video for the purpose of their business’s growth. This industry brings in massive amounts of income and gives developers who are in the development of ai a whole new branch to work in and essentially new jobs.

This has created so many new business solutions, even for security. Being able to detect threats even before anything actually happens. Be it a robbery waiting to happen inside a store, or even at the back end of it in the data science, being able to predict or foresee a possible breach in your data security industry. This is what intelligent video surveillance technology brings to the table.

But like with any advancement in technology, this poses a lot of threats to human existence. AI-powered video surveillance technology poses a threat to privacy, being able to not just listen in but as well as see and monitor individuals for whatever purpose it may be.

In human history, it’s only in science fiction that we see AI-enabled machinery fighting against humans. But who knows maybe this is possible in the next 3-5 years.

So now the question is, are you team AI or not?

Paul Sun is a seasoned technology executive and serial entrepreneur with multiple successes in venture capital-funded companies. Paul was involved in AI research at the fifth-generation computer research consortium MCC in the early 80s. Currently, he is the President and CEO of IronYun, a video search, and mining company. Thank you for contributing to Octopus’ blog.

What Is Intelligent Video Analytics?

So what intelligent video analytics is and why it matters. Intelligent Video Analytics (IVA) is an emerging technology that uses computer vision and machine learning algorithms to automatically detect events in videos. It can identify people, vehicles, objects, and even faces.

What Is Intelligently Analysed Video?

IVA is a new type of video analytics software that analyzes video footage and detects events such as people entering or leaving a room, cars driving by, or people walking down the street. This data can then be used to trigger alerts, send notifications, or even automate actions.

Home » Blog » Analysing Competitive Intelligence » What Can We Expect from Artificial Intelligence in Video Analytics Software in the Next 3 to 5 Years?