What Are The Three Common Errors in Thinking That Reduce Creativity And Innovation? 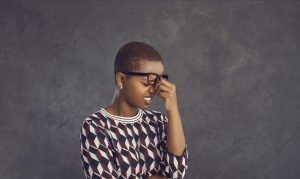 What are the three common errors in thinking that reduce creativity and innovation?

This article asks what are the three common errors in thinking that reduce creativity and innovation? To start with, poor decisions usually result from flawed thinking rather than being presented with the wrong information. This is especially the case after researching the subject using Competitive Intelligence.

Flawed thinking when making decisions is usually because we fail to consider biases. Using key assumption checks. And making sure we are aware of our biases will ensure we can keep our minds open to new ideas. Otherwise, seeing solutions becomes a challenge.

What is a Key Assumption?

A Key Assumption is any hypothesis accepted to be accurate and which forms the basis of the assessment. It’s the most crucial structured analysis technique you can use. And more information can be found within this other Octopus article called is Competitive Intelligence without key assumption checking just lots of words? The Creative Thinking Handbook, by Chris Griffiths, says that reactive, selective, and assumptive thinking is the problem.

When we make quick decisions, some rely on instinct and our past performance. Rather than a deliberate detailed analysis of possible ideas and options. Reactive thinking may work most of the time. But what about the more viable options that have not even been considered? We often find those companies first to market with a new idea are not usually those who make the best out of it. You will find many first to market companies with brilliant ideas that no longer exist. This is the main idea of reactive thinking.

Cotton on to the original idea. Make a better go of it as you have more time to improve on the original ideas. And you see what works in the market. And more importantly, what doesn’t. For example, we are all remember Compaq’s PJB-100? The hard-drive-based music player Launched in 1998, 3 years before Apple’s iPod? No, me neither.

We rely on the idea that reinforces the way we think and tend to ignore those who don’t. This happens all the time, and we must be aware of our natural tendency to do this. And put actions in place to counter this thinking. Because these thoughts influence our decision making.

We tend to only see the patterns and the things that back up our thinking. Aspects that challenge our thinking are forgotten about or at least parked somewhere. The classic example is Kodak. Despite actually inventing the digital camera, their decision-makers chose to ignore these innovations. They remained focused on film-based photography. Mainly because it’s what made them money (and bonuses) and had done so for years. When digital photography took over the world, Kodak lost industry dominance. However, they remain the leading player in specialist chemical-based photography solutions.

Despite the risks, there was an overwhelming desire to execute this operation. British General Montgomery was driven by the belief of his narrow front strategy. And a desire for personal and professional fame, Montgomery ignored Intelligence. Used selective thinking with Intelligence. Suggesting the Panzer Corps may be there, but they were battle-scarred and damaged. It resulted in the destruction of the British 1st Airborne Division.

Thinking with assumptions significantly reduces the range of your options open to you. We make assumptions that the market has not changed. Competitors are doing what they have always done. Based on nothing more than assumption. And this sort of thinking means we don’t want to rock the boat. Because if we do, we may find the world has changed.

Challenge industry assumptions based on well thought out and Competitive Intelligence backed insight. Then there will be a good chance that you will create remarkable success. There are many examples of this success. Think Uber, JustEat, Amazon and many more.

What are the three common errors in thinking that reduce creativity and innovation?

Our article asked what are the three common errors in thinking that reduce creativity and innovation? We discussed that most poor decisions usually are a result of flawed thinking. And not being presented with the wrong information. And this is the case when researching a subject using Competitive Intelligence.

Home » Blog » Analysing Competitive Intelligence » What Are The Three Common Errors in Thinking That Reduce Creativity And Innovation?