What if You Are Wrong But Right? 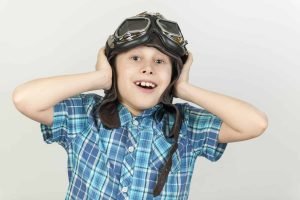 Sometimes highly intelligent people get stuck on a nail about a theory and will not budge even when everyone is telling them they are wrong. Something they believe to be true because that’s always been that way or it was how it was taught at university. Just look at the political situation in your country or Brexit. You will see perfectly intelligent people on both sides of an argument fighting and falling out for what they believe. Some even argue their view even when they know, deep down, they are wrong themselves.

Point to the data

They point to the data and use it to argue their point. They ignore information which disagrees with them, distort the evidence.  And, they try and explain why they are right, and you are wrong. If they are the boss, then it is view easier to push their viewpoint wrong. Any alternative theory will not sway them. There are also those who come up with great theories but reject immediately upon seeing the first piece of opposing information.

What if you have ingrained belief built on unstable foundations of weak data? You are not going to gain any intelligence; you are not going to answer the questions. Amazingly, some people carry on with their plans as it saves face and the effort of having to build a new strategy.

An excellent example of this occurred in the Netherlands in 1944. On the 17th September, the Allies launched Operation Market Garden. And sent paratroopers to capture and hold bridges along a 64-mile section of the Rhine. Once the bridges were captured, an armoured spearhead was to smash into the industrial heartland of Germany.

It was Intelligence which told the decision-makers that there was a German Panza Division outside the town of Arnhem. And that they could come to the aide of the final bridge.

In the film depicting Market Garden, “A Bridge too Far“, the actor playing Major Brian Urquhart showed an overhead photograph of German tanks hidden under trees. There may have been photographs, but it was Signals Intelligence from Bletchley Park who isolated the German forces. Cancelling or changing the plan at such a late stage of the game was politically and practically very hard to do. Any delays or failures in the plan would see the whole operation fail. The generals were too eager and wanted to downplay bad news.

They also questioned the interpretation of Intelligence. After all, this SS Division had retreated battered and bruised from the fighting after D-Day. So it was assumed it must have been weak. Also, Intelligence only confirmed the location of German forces outside Arnhem. Nothing more. Great argument. The British could not use the Dutch the resistance to take a look to see how many tanks were there.  They had been compromised and not to be fully trusted. Now there will be counter-arguments on why the generals were right not to use the Intelligence. It was a tough decision, and they did not have the benefit of hindsight.

Neither do we. So listing our own inbuilt , theory, beliefs and biases is an excellent way of increasing the awareness. And reveal better insight. That’s why Competitive Intelligence is best used independently to decision-makers. The truth may not always be popular, but it is still right, and I, for one, would rather make a decision knowing I have the best possible Intelligence to hand.

Octopus is a global Intelligence service company. Answering the questions to help you grow   We help brands and investors reimagine how they can beat their competitors, make more money, be disruptive, and enter new markets, enabling them to grow faster with more certainty with Competitive Intelligence, Due Diligence and good old common sense.   We live in an increasingly uncertain, competitive and ever-shifting world. What you need is active real world strategy, where deep expertise combines with Competitive Intelligence based actions to answer the what and the how, for the now and the next.   So, we answer great questions like, what are your competitors planning to do next? And where can you win more business? So, what should your next move be? And how do you minimise risk when entering new markets or making an investment? And most importantly, how can we increase revenue and profits?

Home » Blog » Analysing Competitive Intelligence » What if You Are Wrong But Right?