List of Global News Sources For OSINT and Competitive Intelligence 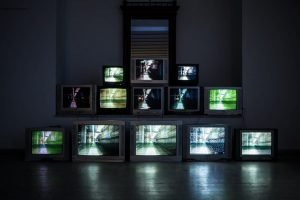 Here is an ever-growing list of global news sources for OSINT and Competitive Intelligence.

4 International Media & Newspapers is an international search engine directory focusing on worldwide newspapers. 4imn.com includes 7,000 Newspapers, ranked by web popularity, in 200 countries. 4imn.com is free of charge to both visitors and organisations included.

Agencia Venezolana de Noticias (AVN) is the national news agency of Venezuela. It’s an autonomous service of the Ministry of Popular Power for Communication and Information (MINCI). It reports on national and regional issues, as well as on Latin America in general.

ABYZ News Links is a geographic directory of links to online news sources from around the world.

Afghan Islamic Press (AIP) is an independent Afghan news agency founded during the the1982 Soviet occupation of Afghanistan. They distribute news reports from correspondents in towns and cities of Afghanistan.

AFP is one of the leading global fact-checking organisations. Around the world, they monitor news in the local language. They investigate and disprove false information.

The Cambodian News Agency (AKP) is the official Agency of the Royal Government of Cambodia that claims to publish factual, timely and professional information.

Official news agency of the Bolivia.

Agência Brasil (ABR) is the national public news agency in Brazil. Merged with another organisation in 2007, it’s a part of the public media corporation Empresa Brasil de Comunicação (EBC). It is publishing content under CC-BY.

The Caribbean News Agency founded formed in 1976 and succeeded Reuters Caribbean service. Stake-holding media companies share local content with CANA, which in turn would have access to other media houses’ stories and articles.

The Agència Catalana de Notícies was formed in 1999. It’s the Catalan government’s news agency and was one of the first European digital news agencies. It’s a pioneer in using IT, teleworking and decentralised virtual journalistic environments.

AGERPRES (Agentia româna de presa) has been based in Bucharest Romania since 1979. AGERPRES is the primary information source about Romania. IT has an extensive photo library and covers it’s political, economic, cultural, scientific, and sporting life.

Fides News Agency (Fides) formed in 1927. It provides current news and images about missionary work for publication in missionary magazines and other global outlets.

The Italian AgeAgencys has a global network of journalists offering timely and exclusive news and analysis from an Italian perspective.

The Agenzia Nazionale Stampa Associata is the leading wire service in Italy. Their aim is to air and objective news reporting.

Al Jazeera is an international and well known Arabic news channel based in Doha, Qatar.

The Albanian Telegraphic Agency is the Albanian government’s official news agency. ATA was founded in 1912 after the foundation of the Albanian state. The agency a member of the Black Sea Association of National News Agencies.

For over 85 years, the Algemeen Nederlands Persbureau (ANP) has been the supplier of fast, factual and reliable news. Almost every Dutch news agency ANP newsfeeds and other products.

AllTop is a real-time news aggregate. The editors craft each topic with the best sources, so readers see what’s happening quickly and from trusted sources.

All you can read

Allyoucanread is the internet’s largest database of magazines and newspapers. Listings of around 25,000 global media publications and news sites. They claim to be the complete guide to world media sources.

They claim that AlterNet has developed a unique journalism model to confront corporate media failures and the vitriol and disinformation of right-wing media.

Anadolu Agency is an established source of Turkish based news, photographs and videos, economy, sports, health and technology.

The list of global news sources for OSINT and Competitive Intelligence

There will be further additions to the list of global news sources for OSINT and Competitive Intelligence. If you would like your relevant site linked here, then please email us at hello@octopusintelligence.com