Have An Idea What They Want to do? Now Disrupt Them 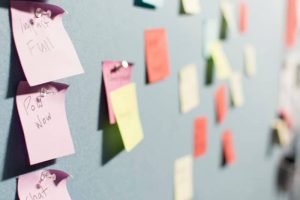 Have an idea what they want to do? Now disrupt them. Look at your competitors’ leadership team. Good ideas and what makes them tick?

Looking at their CEO isolate their five big good ideas. Their strategies as they are often mistakenly called. Most leaders will have patterns they’ve followed in the past (maybe not every time). So have their big five ideas changed over time? Are the ideas communicated well within their business? Do other members of the senior team believe in them or do they have other thoughts? Can you exploit this potential discord?

Take a look at what relationships are important to them, which bandwagon they are jumping on and what type of customers are they getting to know. Read what they are writing, listen to what they are saying and, of course, what they are not saying. Will these big ideas affect your future business growth? Also, you may see signals of a change in your competitors focus. Can you take advantage of this change?

Going darker, now you have an idea what they want to do, can you disrupt their efforts? If you can’t find some big ideas or isolate too many of them does this also tell you a story too? Hopefully, you see Competitive Intelligence is not analytics; it’s not research, its so much more than that.

Inspired by an article by General David Petraeus.

General (Ret) David H. Petraeus joined KKR in June 2013 as Chairman of the KKR Global Institute. He was made a Partner at KKR in December 2014. The Global Institute supports the KKR investment process and KKR’s portfolio companies with analysis of geopolitical, macro-economic, environmental, social, and governance issues. He is also a member of the boards of directors of Optiv and OneStream, a personal venture capitalist, a Visiting Fellow at Yale University’s Jackson Center, and an Honorary Professor of International Security at the University of Birmingham (England).

Prior to joining KKR, Gen. Petraeus served over 37 years in the U.S. military, including tours in Cold War Europe, the United States, Central America, Haiti, Bosnia, Kuwait, Iraq, Afghanistan, and the greater Middle East. He culminated his military service with six consecutive commands as a general officer, five of which were in combat, including command of: the 101st Airborne Division (Air Assault) during the fight to Baghdad and the first year in Iraq; Multi-National Security Transition Command-Iraq over 15 subsequent months; Multi-National Force-Iraq during the Surge from February 2007 to September 2008; U.S. Central Command from 2008 to 2010; and the International Security Assistance Force in Afghanistan from 2010-2011.

Home » Blog » Analysing Competitive Intelligence » Have An Idea What They Want to do? Now Disrupt Them