Are we Doing Competitive Intelligence or VUCA or BANI? 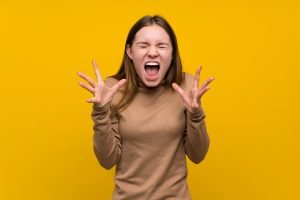 Are we doing competitive intelligence or VUCA or BANI?

“Nothing New Under the Sun”

The first gladiatorial games recorded in Rome took place in 264 BC when the sons of Decimus Junius Brutus organized an event for their recently deceased father. Today, we have a modern version: Consultants playing in front of management. While not as entertaining as watching Russel Crow, management is still bemused by the different models and fast flowing bs. Naturally, managers don’t need to do anything with these hyperbole new models. Just laugh quietly. Maybe even signal thumbs up for a project that will go the way of all other hot air projects.

The latest such nonsense is BANI.

The city of Bani is the capital of the Peravia province; its residents also know it as the home of poets. The city’s Patron Saint is “Nuestra Señora de Regla.” But poor Dominicans- they never expected such poetry to become the latest buzz term in consulting circles. BANI- an acronym coined by James Cascio, a consultant and a “futurist”, stands for Brittle, Anxious, Non-Linear, Incomprehensible. It replaces the ancient, brittle, incomprehensible description of the world as VUCA- Volatile, Uncertain, Complex, Ambiguous world.

If you can find the differences, there is a prize inside the box. According to Digital Leadership website “As an explanatory model, the VUCA environment is no longer sufficient to explain new business models, the current challenges for companies, and also for society as a whole. A new thought model is required to cope with a changing world. This is where the BANI concept enters the stage.”

The BANI concept enters the stage

ThinkInsights.com reflects: “The model dealing with VUCA is to deal with Volatility, Uncertainty, Complexity and Ambiguity, the abilities we need are Vision, Understanding, Clarity, Agility. In reality though, these abilities are not so easy to find and they sound a bit simplistic and maybe even tautological.” Instead, ThinkInsights has an incredible insight: companies need collaboration, training, mindfulness, transparency and innovation.

I was floored. These solutions never crossed my mindful mind. Other consultants offer similar incredible insights- companies need resilience, attention, blah, blah. Here is a prediction for an unpredictable world: In a year, Deloitte and McKinsey will come out with groundbreaking papers and practices to populate the world with BANI bunnies.

Forbes actually has a less idiotic or trivial take and better interpretation. BANI is about illusions: illusion of strength, of control, of predictability, and of knowledge. That makes a lot of sense. I called it Blindspots 30 years ago. I demand that the new consultants stop this cultural appropriation!

The new preachers of a totally unpredictable world forgot one acronym that offers a solution: CI.

So simple yet so powerful

In Corporate, a lot of things that seem unpredictable, uncontrollable or unknowable are simply the result of lack of competitive intelligence capability. Companies are fragile (brittle) because blindspots are allowed to flourish and CI is not allowed to put the elephant on the fragile table. Companies face anxious employees because the overwhelming quantity of useless information provided by mindless “platforms” makes it impossible to see the insight from the noise.

Companies can’t control external developments, but with CI they can track them early on, and any competition analyst worth their certification should be able to point out options to shape reality rather than see it as out of control.

If you listen to this executive from JPMorgan, she is making so much sense: The world is changing (sure), but every change she lists could have been predicted as logical consequence of certain policies. Actually, every Austrian economist worth its degree predicted it based on the QE running amok; Paul Krugman didn’t. The JPMorgan strategist says, though, that it is the easiest time to find Alpha– opportunities not highly correlated with market moves. That type of thinking is competitive intelligence.

Companies that think the world is incomprehensible simply don’t understand the methodology of CI: seeing the world from different perspectives. Even Putin and Biden, two “incomprehensible” phenomena, are comprehended if one gets inside their minds.

Don’t misunderstand me- CI is not omnipotent, and it can’t always prevent surprise that exposes a weakness (Brittleness). But it doesn’t have to be 100% accurate. The world is NOT BANI. It’s surely not more BANI than it used to be. Maybe just more SBANI- Suckers Buy Anything Non-Linear and Incomprehensible…

I hereby declare BANI is no longer enough. The world needs a new model combining VUCA and BANI. I propose TCGUTT: Things Change, Get Used To That. It’s catchy (try to say it fast a few times); We are available to present it in as many conferences as you need. Consulting projects offering solutions start at 1.5 rupees. Our operators are standing by.

Are we doing competitive intelligence or VUCA or BANI?

But the best is that the solution we offer is actually no-BS: Have a clear competitive Strategy and build up your Competitive Intelligence. You’ll suddenly realize, the world is not such an incomprehensible place.

By Prof Ben Gilad the Academy of Competitive Intelligence

About the Academy of Competitive Intelligence (ACI)

Over 10,000 alums. The Academy of Competitive Intelligence (ACI) is the oldest educational institution dedicated to training managers and companies interested in managing and reducing risks, anticipating market opportunities, overcoming competitive threats and sustaining or gaining a competitive advantage through the use of superior competitive Intelligence. So, a complete intelligence program – from basics to advanced level – developed and led by the leading thinkers and educators in the field – Leonard Fuld, Ben Gilad and Jan Herring, and a host of expert faculty.

Octopus are proud to be the only United Kingdom and European partner with the Academy of Competitive Intelligence (ACI). Our values, understanding of Intelligence and ethics are aligned.