Why Culture Eats Strategy For Breakfast? Intelligence Eats Both 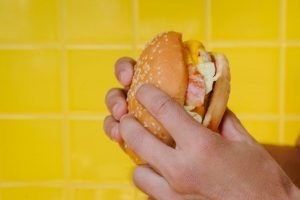 Why culture eats strategy for breakfast? Intelligence eats both

Culture eats strategy for breakfast is a famous cliché suggesting that the best strategies fail because culture prevents their successful implementation. It is also cited by CEOs in one survey as the number one reason for failure to reach goals.

Maybe it’s true or maybe the strategy to begin with was good only in the CEOs’ eyes as they overlooked the competition.

Intelligence, however, eats both culture and strategy for breakfast, lunch and dinner and asks for more.

The myth of “objective” intelligence

In my perspective, smart intelligence professionals are chameleons. Intelligence serves the Master. The Master changes, intelligence changes to bolster a new agenda. Intelligence doesn’t have a life of its own divorced from the decision makers’ agenda. That role has been the domain of biblical prophets only.

Intelligence doesn’t have a life of its own divorced from the decision makers’ agenda. That role has been the domain of biblical prophets only.

It’s what facts you choose to present that matter and then how you interpret these facts matters even more. Facts don’t have life of their own divorced from the interpreter’s subscription fees. Nowhere is this clearer than in so called market “analysis”.

How much did your company pay for this research???

I just finished reading a market research report, all 1100 pages (!) of it. The respectable research agency issuing it calls it market analysis. It even bothers to put a disclaimer at the outset saying it is their interpretation of publicly available information. That’s hilarious. If what they do there is “analysis”, Fauci is an economist, and “fair share” taxes mean whatever Biden/Bernie decide. The 1100 pages are just filled to the brim with tables and charts and numbers that one needs to get seriously drunk to read through.

What does management do with 1100 pages of facts from a rearview mirror?

Nothing. Absolutely nothing. Just like salespeople do nothing with now AI-infused expensive “battle cards” and marketers do nothing with piles of facts from AI-infused “news” aggregators. The strategy doesn’t change; the tactics don’t change; but management likes being “fully informed.” More than anything I believe it’s a teenage-type FOMO (Fear of Missing Out).

What does management do with 1100 pages of facts or AI-Infused pile of news? Absolutely nothing. Strategy doesn’t change. Tactics don’t change. This is teenage FOMO.

Alas, one can never be “fully informed” about the future; that’s one reason the subscription-based “platforms” recognize ¾ of the revenues to the vendors upfront. They are not stupid, you know?

It takes me about one minute and one intelligence document to sense corporate culture by reading an intelligence brief for my war games. In some cultures, management demands volumes of data and facts. The result is that the intel team produces volumes of data and facts. But even in such cultures, an effective (i.e., true) analyst, while playing the game by producing volumes of noise from the most expensive resources, flashes out the one nugget of real value, which is neither a fact nor from the vendor.

True analyst, while playing the game, flashes out the one nugget of real value.

I am reading a 35-page brief written about a competitor for a war game I am leading now, and the analyst, smart and capable, trained by me but blossoming on her own, inserts comments in a few places. The comments – totaling maybe 5 in all- are worth more than the entire volume of noise (in this case produced by a VERY respectable external marketing firm). Intelligence in this case eats culture, digests it, excretes the noise, and produces what has a chance of working within the pile of steamy manure.

Facts are empty calories. Intelligence is the diet. Pay for the former, get a heart attack. Pay for the latter, get healthy.

Alternative perspective: Not to be blamed for mere rearview mirror research, some market research companies produce CAGR (projections of compounded average growth rate per segment). Put a little CAGR on your toast every morning and you see how quickly you become just as obese as your neighbor. This is not fat shaming, it’s CAGR shaming. By the time CAGR is signaling “hot” areas, it is too late to make any real return there, as all the large companies competitively converge on it like locusts. But corporate pays through the nose for these Harry Potter fiction projections.

I think it’s amusing. The usefulness of an intelligence report – an insight into an opportunity (or threat) is not in its forecasts but in proposing an option for management to shape the market before it becomes shaped by others. This is art, and my goal is to make my CIP™s real artists.