Why Are The Effects of Disruption so Tricky to Spot? 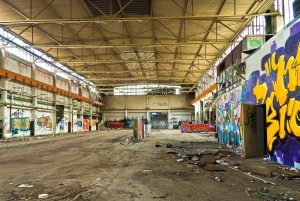 Why are the effects of disruption so tricky to spot?

Disruption is often hard to see until it is too late. And there are many examples of this. Consider the demise of Encyclopaedia Britannica, Kodak, Woolworths, ToysRus and Borders books. Or the growth of Airbnb as a competitor to hotels, the iPhone, and their iTunes to replace compact discs? All the obvious stuff. But you know it’s very rare for a company to be destroyed by an existing competitor, and new entrants and fresh ideas tend to kill them. So, why are the effects of disruption so tricky to spot?

An incumbent’s critical problem is usually that they struggle to see that their market leadership is being lost. New entrants using new methods are a significant threat to the survival of market incumbents in many ways. Some of these take longer to emerge, breeding false confidence within the market.

Why? Most companies focus on short-term metrics such as monthly or year-on-year revenue and profit growth. Yes, the incumbent may detect a decline in their market share because their year-on-year growth figures are reducing. And they look at their main competitors and see very little change. However, they fail to see that their industry is fragmenting due to the much smaller new entrants.

The new competitors have new ways of doing things. Making them smarter, more attractive and quicker. At the same time, the incumbent stays roughly stay the same. At this time, neither losing nor gaining an appreciable advantage. They can be seen to dismiss the new ideas as weak and pointless. The incumbent will not see itself being threatened. But then its growth which has already been eaten away at the edges will suffer other more minor damaging “things”. But it’s too late. They will be unable to recapture the momentum in a growing market.

New competitors don’t get recognised because of market myopia. This is due to too narrowly defining their market and competitors – if at all. And yes, they may have competitive intelligence teams too. But they have long become obsessed with collecting data and pricing information and trying to improve profits one sale at a time.

Even though analysts say that the incumbent will dominate the market, the incumbent has no incentive to think about the market in any other way. Another kind of change can also blindside an incumbent. That, of course, is the collapse or severe contraction of the market as it has traditionally been defined.

When a new way of doing something attracts a lot of value from the traditional sector, it can result in demonetisation or eliminating the demand for an entire product. So when was the last time you bought a throw-away camera, a calculator, a paper street map or a travel clock? When scale becomes the dominant competitive advantage, the remaining fragmented competitors can’t compete in the market. So usually, they either consolidate or specialise.

It’s also less common for large companies to be displaced from the market due to consolidation. But understanding the type of displacement that could occur is critical in identifying threats.

So much depends on identifying how your market may be redefined. Recognising danger depends on determining how a competitive market advantage could be altered—then isolating the potential signals to indicate such change. But again, if they still have a competitive intelligence team, they will not be tasked with the right missions. You can easily focus on maintaining your competitive edge and overlook external threats, except if you’re not looking or are just a data-driven company.

Why are the effects of disruption can’t be heard

The world is very noisy and confusing, making it difficult to read the signals. At first glance, many disruptive situations may seem to be similar. But they could differ in subtle but important ways. For example, Amazon is a platform that sells books. Most disruptors create value through distinct channels, and Amazon’s aggregation platform is disruptive because of its extensive market reach.

Major printed encyclopedias have stopped publishing, and newspapers have a fraction of the sales they used to. Suffering from free and crowd-sourced platforms like Reddit and Twitter. Readers are choosing newspaper-based journalism for anonymous, unaccredited peers over that of a prestigious institution. The average consumer seems more willing to trust unidentifiable peers than expected. So when a new approach meets the right circumstances, disruption occurs. And yes, circumstances are constantly changing.

Disruption can’t be avoided, but understanding and effectively responding can make a massive difference to your business and its success. If a firm’s value is based on its product, disruption is an opportunity to replace the current model with a new one. If the current model does not deliver for customers and the environment, the old model can be replaced. Assuming they want to replace it, they are not stubborn.

But what about if the business isn’t a product but a service? It’s hard to see a customer leaving because they don’t like the service. As it turns out, if disruption is afoot, it can be difficult for the incumbent to spot. Especially if they are not looking.

Why are the effects of disruption so tricky to spot?

In conclusion, a business can quickly feel disrupted by new entrants offering new products or services that aren’t available from their competitors. The first step is to actually look. The first step in detecting disruption is to recognise it when you see it. Next, look at potential signals indicating a disruption is occurring. Finally, plan your response to having an advantage once the disruption is over. Identifying and preparing for disruption is crucial to ensure it doesn’t negatively impact your business.

Home » Blog » Analysing Competitive Intelligence » Why Are The Effects of Disruption so Tricky to Spot?