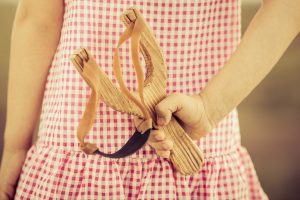 Whenever you hear about a major company going into administration, you often think about why this happened and why didn’t they respond to the situation. There are multiple reasons for this, but most of them lie in the ability of companies to react effectively. The ability to respond effectively is partly based on the ability of the organisation itself and partly on external factors. This article is called Competitive intelligence thinking on why established incumbents cannot react to new players in their market.

Too big to fail

Whenever you hear about a major company going into administration, you often think about why this happened and why didn’t they respond to the situation. There are some straightforward reasons for the failure, so why didn’t their management team see it coming?

What keeps incumbents from responding?

You see, it’s much easier to notice disruptions after they happen. But to avoid being on the wrong end of disruption, you must be able to spot them long before they occur. It’s usual for that business to have outperformed its rivals over a long period, and it could concentrate on outmanoeuvring a few primary competitors. Competitors they know and love. Their view of their business environment is static and well-known, and competitive dynamics are seen as immutable and unchanging.

The large incumbent companies compare their performance with their rivals based on price competitiveness and product differentiation. They will not recognise new competitors as competitors, as they come from outside the established boundaries.

The firm’s inability to understand the market and its competitors is exacerbated because the new competitors challenge its comprehension of how the market and industry function. Incumbent companies have problems responding to disruptive strategies, partly because they are well managed in the previous environment. And in many cases, appears to be taking logical actions. But they fail to see signals and patterns. And if they did see them, they tried to ignore them for a while.

Even if the threatened established company understands the new competitor or their new strategy (or both), implementing a responsive new approach to their business or creating a new product is not simple. An established business may struggle to adapt to new methods or products, however keen they are to do so and cool the new product is. Poor decision-making, overly-stuffy businesses and cultures, lack of leadership to drive change, deeply embedded employment benefits and rights, and many other things can stall a company’s response.

Look at the Royal Mail strikes in the UK. Most of the disruption is down to the Royal Mail attempting to be disrupted by the new delivery solutions. The biggest stumbling block is poor management and employees who dont want to change how they do their work. Without getting into the rights and wrongs of these working conditions, Royal Mail will not be able to change. And they will not prevent the disruptor from taking their business. The trouble with Royal Mail is that these disrupters have been nibbling their ankles for over 20 years. And Royal Mail was unable to do anything about it. The unions think Royal Mail is 506 years old and the biggest parcel carrier in the UK. So they think they are safe. Time will tell.

Large companies like Royal Mail struggle to adapt to an increasingly fluid and interconnected environment. Mainly because their processes are overly narrow and rigid planning and budgeting cycles are at odds.

The largest incumbents in the market carry the most risks. They magnify them and downplay the benefits of change when confronting uncertainty. Several barriers limit the incumbent’s capability to recognise disruptive threats. These include:

Distraction from their current revenue streams

Replicating the disruptor’s method would detract from lucrative revenue streams, making it more challenging to identify disruptive threats in the first place.

Lack of will to change their supply chain

New entrants may employ a new delivery approach or a new product with a fundamentally different cost structure. To remain competitive, the incumbent must either replicate the latest product and cannibalise its current products or undermine its current product’s profitability by introducing a new pricing scheme if it wishes to remain competitive. As a result, given the quarterly earnings reports and their need to constantly exceed financial expectations, doubling down on activities that reinforce the existing revenue stream is easier than sacrificing short-term benefits.

A corporation or entire sector being demonetised due to the digital age is challenging. Think of the newspaper industry. Despite maintaining the highest proportion of ever-decreasing revenue, their market is dropping like a stone in terms of revenue. So it is less enticing to undertake the new approach if the market suddenly shrinks as a result of staying the course for as long as possible.

Their assets and investments would be useless if a new entrant radically changed a product line. Even if they bypass costly, upfront investments, the incumbents’ existing assets will no longer be as effective at creating value in the market if emerging technologies or new processes are applied. These previously advantageous barriers to entry that capital-intensive assets made are no longer helpful to them.

Changing what they do

It is difficult, time-consuming, costly, and politically sensitive for them to shut down a facility or business unit when they must write down their underlying assets to replicate the new approach. So they avoid it. This phenomenon is not restricted to obvious physical assets like those found in manufacturing and logistics. But also, in a sales operation heavily supported by real estate or other infrastructure investments, incumbents may be restricted by these investments.

Then there is the risk of challenging the new competitor in the danger of undermining the incumbent’s core business and market assumptions. To compete against such competitors, an incumbent must rethink its product or service offering in a novel way. Because these assumptions are often so crucial to a company that they are never questioned, a product firm that considers itself fundamentally and will never, or certainly should not be changed.

In conclusion, there are many reasons incumbent businesses cannot react to disruptive threats. Their biggest challenge is that they often lack the agility to change what they do. Even when it means not making as much money as before. As a result, they are often slow to react. In fact, many of them don’t see the moves as a threat at all. To respond effectively, they need to break with their current approach and their existing thinking. They have to have the will to change, and that’s no small thing.