What is The OODA Loop? 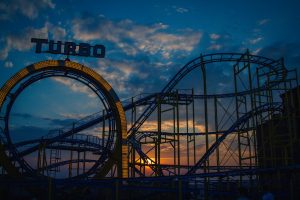 It’s not the flash marketing campaign or the company that spends the most on its advertising that wins the war. The companies that tend to succeed are those that execute the concepts of the OODA Loop faster and more effectively than their competitors, allowing them to become more responsive to customers, market needs and forces.

The OODA Loop was created by American fighter pilot Colonel Boyd to prevent being shot down during a combat mission. He developed the OODA Loop by allowing him to defeat his opposition from any scenario of disadvantage.

The OODA decision-making model is a loop and dominated by four simple principles:

Collect the information about your rivals and the market where your customers decide which product or service to buy.

Analysing the information to create intelligence in the whole business environment.

Arriving at a plan of action based on all isolated intelligence from the Observation and Orientation phases.

Plan of action execution and feeding back positive and negative results. No decision made? Then users loop back to the beginning until they take a decision.

Using the OODA Loop, a company can act with incredible speed, continually updating its strategy before a rival can even figure out what’s happening. Instead of looking erratic, the many members of your team act together to produce a coherent whole. You will look like a blur to your enemies.

The OODA Loop is a success in the business world because it can be used in all business change scenarios and shows that improving operating processes is also an excellent way of reducing costs and vital for survival. And the OODA Loop grabs the essence of competition: the businesses that complete the loop quickest and most appropriately win. The more time you spend observing your rivals and analysing what is happening, the better informed you are about their next move.

‘When artillery is falling on where you were thirty minutes ago, you’re inside your enemies OODA loop”.

The recent Obama election Campaign used the OODA loop at the centre of its operation, and the speed of the campaign was impressive.

At the end of each day, volunteers would laboriously enter data, updating the campaign’s voter database with information about every voter contact (primary intelligence) accomplished that day. The voter database was accessible to staff at every level of the campaign.

And then the voter data would be crunched, by someone at Statewide HQ, and each night the local volunteers would start the process of creating new packets of instructions for the next day. They made these packets from targeted lists of voters. Based on all the data, the campaign was able to gather from collection efforts.

Each day the local campaigners would be directed to use specific lists with specific scripts, all created by the campaign. They also learned what our overall goals were. And they reported on how well they had achieved their plans at the end of each day.

Each morning, volunteers would arrive and be handed packets with instructions. The local campaign teams would train them on-demand as they came in, and send them into the world (or onto the phones) with written instructions and voter contact data. During the day, the campaign teams would take the volunteers to feedback about how it was going into the account. Then revise the scripts occasionally (back to the Orient step) to try and maximise the goal for that day (voter contacts, persuasion, get out the vote, signing up new volunteers, etc.). The whole loop took only one day.

It will make you stronger

Using the OODA Loop will make your business stronger. By taking a defensive position based on excellent Competitive Intelligence which threatens your rivals base (core markets, customers, etc.), it gives them no alternative but to attack a prepared position or withdraw.

You can counter any attack as you completely understand their strategies, strengths and weaknesses.

The loop is a straightforward business model based on a simple idea. So, make sure you are in a position of strength with your business. This article introduced the OODA Loop and gave an example of its use and answered the question – what is the OODA Loop?

Home » Blog » Analysing Competitive Intelligence » What is The OODA Loop?