Free Competitive Intelligence For Your Competitors 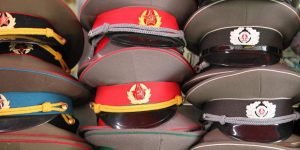 Free Competitive Intelligence for your competitors

This article asks are you giving away free Competitive Intelligence for your competitors information are you giving away to your competitors? It is interesting to know that Russia ever stopped spying on the West. It is unlikely they will ever stop; after all, we haven’t either. Competitive Intelligence professional’s should look for things that aren’t there. And perhaps should be.

Have you ever read the Soviet Air Doctrine. Very interesting, I know. If so, you will have seen that they had units known as “Monkey Assets”. These assets tended to be older aircraft with less well-trained pilots. Their task was to degrade the West’s aircraft, saving their best aircraft for the real fight.

Their ground forces had a similar strategy. First in line tanks were not the best, and conscripts could hardly read, never mind look at a map. Given the Soviet Union’s state since the 1970s, any tank crossing into West Germany would have quickly broken down. And only the column officer would have had a map. It’s also certain the Russians have sleepers in the West. Ready to spring to action should world war three should commence. Disrupt and survive as long as they can.

This situation has got us thinking about something closer to you. Do you have sleepers and leaks in your business? The best way to ethically collect competitor information is by talking to people. Having spies in your competitor’s business is not only unethical. But it also tends to be illegal, especially if they give you secrets you can use. It works. Look at Chinese innovation, for instance. All of the actions we are talking about usually from innocent conversations. Just part of daily business life. Here are some questions to ask. To ensure you are protecting yourself from competitor’s advances:

Free Competitive Intelligence for your competitors

Most people won’t give away secrets deliberately, and it may only be one piece of gossip. The more specialist the firm, the more aware people are of the risks. It may sound far fetched but be mindful of your surroundings.