Competitive Intelligence For All – A Pipe Dream or a Possibility? 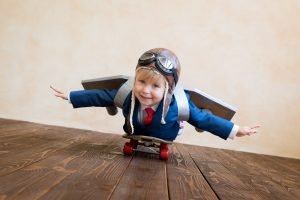 Willingness to use formal Competitive Intelligence has always been patchy

There are some sectors, like pharmaceuticals and telecoms, in which the major players have used competitive intelligence extensively. But for most others the uptake has always been, at best, occasional or not at all.

There are situations in which the cost of acquiring intelligence on competitors can yield major, quantifiable benefits. For example companies that invest huge sums in research and development know that they need to be fully aware of competitors’ progress in the same field.  Avoiding the risk of being left too far behind or introducing an inferior product to the market. In these situations, cutting the R&D expenditure early may save more than enough to cover the cost of monitoring the competition enabling them to channel their budgets into more fruitful territory. Equally intelligence on competitors’ best practices can provide a shortcuts to changes that provide quantifiable benefits. However, all to often competitive intelligence is placed into the category of “nice to know” rather than “must know”.  And is reduced in priority when budgets are being allocated.

Intelligence rather than intuition

Companies that prefer to reduce risk by informing their decision-making with intelligence rather than intuition have plenty to choose from. This includes economic intelligence, market intelligence, customer intelligence as well as competitive intelligence. Large companies may use all of them but small and medium sized companies invariably have to make a choice. And at the bottom end may use none of them. But it is not only a question of budget. Countless sales calls that I made over the years in which the objective has been to convince companies that they should be studying their competition regularly, hit a number of buffers. Whilst it was relatively easy to raise enthusiasm for looking at intelligence on competitors it was a lot more difficult to convince potential clients that relevant intelligence could actually be obtained.

My employees would not give anything useful away so why would others?

This was especially true after it was explained that reputable vendors could not lie, steal or engage in any unethical or illegal practices. The stock reply “I know that my employees would not give anything useful away so why would others” whilst demonstrating touching faith in their teams also showed a lack of confidence in the processes that would be used. Unlike market research and economic analysis, the results of competitive intelligence programmes can rarely be published so there is no backlog of precedent that can be used to demonstrate what can be achieved. To the barriers of cost and credibility must be added the fact that very few companies are geared up to use intelligence in a way that maximises benefits.  This requires the skills to create competitive strategies or at least interpret the findings to produce an effective tactical response.

It has always been this way

They way forward has always been to rely on companies encountering the sort of problems which competitive intelligence can obviously help solve. This can include the emergence of new threats such as the entrance of a new competitor into a market or significant changes being made by an established competitor. It could equally be the experience of internal problems that a competitor is thought to have solved. Is this enough to keep an industry going? Possibly not, in which case practitioners need to find more effective ways of educating their potential client base.

This article is asks Competitive Intelligence for all – A pipe dream or a possibility? A guest article Chris West of  Counteraction.

Chris West graduated from the London School of Economics and had a career working as an economist and an industrial market researcher before co-founding Competitive Intelligence Services in 1995. This grew to being one of the largest European CI specialists serving the requirements of clients in a wide range of industries in the US and Europe. He is currently European Partner for Counter Action – www.counteraction.net