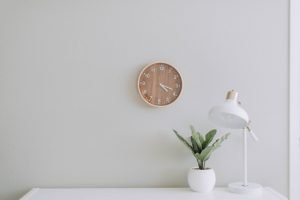 What’s the most important Competitive Intelligence & Market Analysis skill to have?

“My apologies for this letter being so long. Had I more time it would be shorter”

So, what’s the most important Competitive Intelligence & Market Analysis skill to have? Well there are many skills required and the most important will no doubt be debatable. However the articles offers our thought on the subject.

We recently spoke to a new client. They had just spent considerable cash on a large Security/Corporate Intelligence company. They got a massive market report packed with clever words and lines and lines of data. And they took them to the cleaners (their words, not ours). Partner sells the work, and fresh graduate does the job. They didn’t get any answers. Much of the problem was down to the preparation of the project. It is clear that there was no definition or discussion of:

We have covered this in other articles, but the whole situation got us thinking.

What is excellent about real Insight?

We see that it’s on-trend to cover the report in doughnuts charts, graphs and clever use of tools for the sake of it. All well and good. But this goes against most of what’s great about real Insight.

When creating Competitive Intelligence, simplicity is the key goal. Putting the information into its constituent parts. Then building it up again into smaller, simpler and useable packages. Taking an often complex situation and breaking it down into a simple yet powerful message. A message that will get into someone’s head quicker than “the wheels on the bus” children’s song.

The reality is that it doesn’t matter how we found the Intelligence. Or the smart platforms we used to track a competitor. Nor the business analytical tools we used to isolate the opportunities in the market. It’s not about how clever we can look either. The most important tool is to get into your audience’s mind. Get them to think, stand up and pay attention. Make them realise the risk and reward.

Get into the space between your audience’s ears. If you do, you have done your job as a Competitive Intelligence professional.

Now, yes, everything you have done should be checked and verified. And if the audience wants the detail, then brilliant. It’s there but not front and centre. Think that’s crazy? Well, think back to when you last watched a movie your enjoyed. Did you read through the script to check that everything was accurate? Reducing the message to create maximum impact should be the goal. If anyone asks the question, you have the information to back it up.

So, for example, “We found that this will happen, and these could be the options open to you”.

Don’t oversimplify your message or bear no resemblance to your work. Your credibility could suffer, and the insight will be binned.

It’s not complicated. Have you read the 300 page report?

If your message is too complicated, it will confuse and then anger your audience. They will be bewildered and have to spend time asking what it means to risk the business’s profit. And again, the bin will see some action.

How do you capture the message that will hit them between the eyes? Great Intelligence is based on the truth. All great work expresses a unique point of view. But if that point of view doesn’t contain the truth, it is quickly brushed away. No matter how many graphs you put up to prove it.

That’s why conspiracy theories stick around. They have a grain of truth to them. Then the truth is flowered up into something that bears no resemblance to what was happening. To be succinct, if you dont believe it’s the truth, why should your audience?

Finding the truth within Competitive Intelligence is usually revealed by the same thread. By keeping it simple. You can use OSINT tools, AI, mapping technology, scraping tools, and monitoring software. But sometimes, a piece of paper and pencil is required. And asking who would know the answer to the question and then talking to them. Simple but rarely used. And we are guilty of this too. Sometimes, being too busy with tight deadlines distracts and blinds us to simplicity. We have to stand back to look at it from a different angle.

Truth simply expressed is the difference between insight being useful or useless. That’s why if you are going to use a cover story or tell a lie for you to remember, it must be as close to the truth as possible.

What’s the most important Competitive Intelligence & Market Analysis skill to have?

This article asked what’s the most important Competitive Intelligence & Market Analysis skill to have? The lessons learned, other than we need to add a “one” to the front of our invoice figures, is to keep it simple. Getting to the answer is rarely simple, but that does not mean the end product needs to be complicated.