Why is Actionable Competitive Intelligence is a Myth? 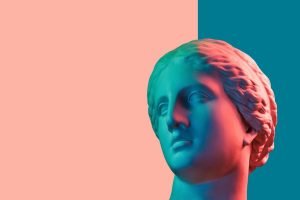 Why is actionable Competitive Intelligence is a myth?

Quite often experts urge competitive analysts and other corporate researchers to deliver “actionable intelligence”. Top management, they claim, must see a possible course of action or the analysis/recommendation/information will go to waste. ‘Actionable’ is a necessity to add value. This article tells us why is actionable Competitive Intelligence is a myth?

To be a bit petty (I am allowed on occasions, I am a professor after all), the number one authority in the field, Jan Herring, defines intelligence as actionable information, so ‘actionable intelligence’ is double counting. It’s like Duran Duran.

However, my problem goes a bit deeper. I don’t accept the actionable part as a “test” of “intelligence” versus information. Let me demonstrate with the following example:

Sometimes, inaction is the action

The consensus among most reasonable people is that intelligence about ISIS’s growing threat was known to Obama long before ISIS marched all over Iraq. The intelligence was very actionable (attack them before they take the North of Iraq and declare a state) and yet action failed to happen. So was it just information (i.e., not actionable?) or was it that action is not necessarily the inevitable result of intelligence?

In other words, the information may be very actionable (and therefore be intelligence), yet the producer of the intelligence may not know the full spectrum of thinking of the consumer/decision maker. Inaction is a viable and legitimate option based on a different, broader, or just mistaken perspective.

Here is another example. Fast Food restaurants have known for at least two decades that their food is not exactly healthy. They also knew the vast majority of people just didn’t care, and their fat laden cheeseburgers and fries and sugary Cola kept selling, and their revenues and profits kept growing. They also knew that any time they tried to change their menu (say introduce a fruit salad), it bummed. Does it mean they didn’t receive the right intelligence? No. I am certain their competitive intelligence about trends and consumer attitudes was excellent. It was actionable (change the menu, go healthy, offer tofu, make us eat your lettuce, whatever the pundits and nutrition gurus or various presidents’ wives praised as the panacea of the day). It was just not the choice the excel-driven executives fancied. Can’t blame them.

But My Problem Goes Even Deeper

The assumption of ‘actionable’ relies heavily on a ‘meta’ assumption – that without action, information goes to waste. That’s perhaps is the misconception of those who want to see every intelligence being acted upon. Intelligence is an insight about opportunities and threats. Hopefully it is an early insight – what I call strategic early warning – but it doesn’t have to be. Sometime a late insight is still an insight (as in “we are late, maybe we should do something different than all those already in this market?)

Insight about an opportunity typically takes time to percolate, and conditions to mature. Insight about risk sometime takes a crisis to rise to the level of action.  The role of the analysts and managers in charge of sending their competitive intelligence upward is to engage management in a dialogue, to pique their interest, to make them think.

And at times, to make them revise their thinking. So, here is my definition of intelligence:

Next time you send a competitive intelligence report upstairs and nothing happens, do not blame the report. If you got someone up there thinking, you’ve done your job.

To understand how to better use your data, “actionable” or otherwise, consider these courses from the ACI Catalog: