Why Deductive and Inductive Reasoning Are Important for Competitive Intelligence Analysts 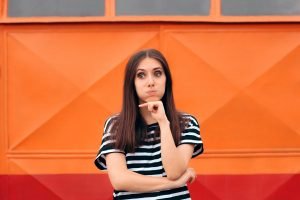 Why deductive and inductive reasoning are important for Competitive Intelligence analysts

What are the two primary forms of reasoning?

Intelligence analysts use deductive reasoning to help them test these hypotheses against reality. In this way, analysts use scientific and logical methods to understand their world.

How do they differ?

Deductive reasoning is often used in legal arguments. With lawyers arguing from a general legal principle to a specific case. These are similar to two types of reasoning but differ in important ways.

When is each most useful?

The key benefit of this reasoning is that analysts can identify patterns and trends in data. By identifying patterns, analysts can make better predictions about future events, and understanding the underlying event causes gives a better chance of predicting future behaviour.

It relies on observations and past experiences and is considered more reliable. Deductive reasoning can be more accurate, but it can be less flexible. It may be more important to consider a broader range of potential solutions in some situations rather than narrowing the options down to a single solution based on prior assumptions.

Deductive logic is a system of reasoning in which you conclude from two premises. An example of deductive reasoning would be as follows:

All men are mortal.

Socrates is a man.

So, Socrates is mortal.

Why deductive and inductive reasoning are important for Competitive Intelligence analysts