Divide and Conquer: What War Can Teach You About Business 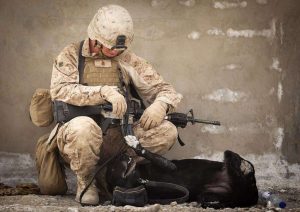 Divide and conquer: What war can teach you about business

In this article, we offer our thoughts on what war can teach you about business. We will look at strategies, tactics, beating the big companies, how winning is measured. Also determine the resources required to win a war and to defeat your competitor in a skirmish. Also, how to play the business and war ethically and within the rules.

The battle in any war is the drive for resources. In business and conflict, if you have poor support and terrible supply lines, your team is going to grind to a halt. In war, resources are weapons, ammunition, people, food, fuel and other supplies. While in business its people, skills, money and sales etc.

Tactics of what you do

In business and the military, it’s your tactics of what you do every day that drives business strategy forward. In business, some think they have won a war against a competitor, but in reality, it is was just a single battle or a skirmish. Usually, it’s clear who has won a fight or an encounter or who has not won. Or who hasn’t lost?

The best tactics will help get to your strategy in more ways than one. Within the military to win battles, you have to choose your fights. By answering questions like where are you going to fight? And when and how are you going to fight and with what resources? There is no point hitting a superpower head-on. You must be smart and sneaky and hit them where they are weak. So in business, it is the same. Take slices off your big competitors by offering a better product and providing excellent service. You have to work harder and smarter.

More prominent companies will still win many battles, but you can win your chosen ones. Before you attack a formidable competitor/army, you have to get to know them very well. You have to get under their skin. Get to know them inside out so you can avoid their strengths and attack their weaknesses. You want to attack an opponent. You have to understand your opponent. That way you can build-up reinforcements that are ready just in case they one day need to do battle giants. And hit them in the underbelly. Who controls the supply chains will take advantage of the competitive landscape, and you will, at the very least, outlast your enemy.

If you have the most money and the most talented staff, you are going to compete very well with your competition. However, if you are not backed financially, you can still win as long as you have the right experience and have practised again and again. However, you must use your resources wisely. You may have the best army chef in the business, and their angel cakes are a delight. But if you ask your chef to join a SAS team to storm a position, it’s likely not to end well. Plus your cakes will not be up to much if you get the SAS trooper to mix the ingredients. It sounds crazy, but this happens all the time in business. How many times have you seen good people moved around or promoted to something they don’t enjoy or are good at? And they fail?

A strategy is an overall plan you want to achieve, while tactics are the precise action that effectively implements that strategy. In business, your tactics are your day-to-day activities that move your business strategy forward. The best tactics will help you achieve your strategy in more ways than one. And it increases your efficiency, giving you increased time to implement your overall plan. Each step you take should contribute to that strategy. However, the more experienced and trained you are, the better you will perform in the field. The easier you will find it to defeat your enemy in a skirmish.

In war, a defeat is usually measured in the consensus of world powers, the resources and land taken off each other. Business is similar, but some losses are apparent. Like when a company files for administration or loses significance market share. However, the growth potential is limitless. The competition may be fierce; there is sufficient space for everyone. So, keep going. War has rules of engagement dictated by the significant geopolitical powers. Lines are not crossed.

But if they are a country which becomes a pariah state, and the leaders tried in a court of law. Likewise, in business, there are rules everyone should follow. Ethics in business are hard-won but easy to lose, and eventually, unethical companies will be exposed. Act responsibly, ethically, sustainably, and with good morals, you will impress future customers, and they will want to be associated with your brand.

What war can teach you

Home » Blog » Analysing Competitive Intelligence » Divide and Conquer: What War Can Teach You About Business