What is Hypothesis Testing Within Competitive Intelligence? 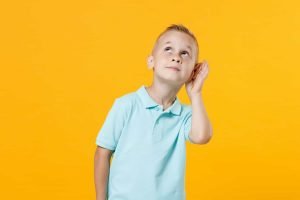 What is hypothesis testing within competitive intelligence?

Hypothesis testing is an integral part of any analysis that involves collecting information. This method helps you understand how much confidence you should place in the results of your research.

There are five steps in hypothesis testing:

Competitive intelligence is the process of gathering and analysing information about a company’s competitors. Hypothesis testing is a key part of Competitive Intelligence, and it is used to test theories about how a competitor might behave to gain an advantage over them.

There are many analytical tools to consider when conducting analysis. These can be used to understand, predict, and control threats, harms, risks, and opportunities.

Analytical tools include traditional and emerging techniques and products that encourage the thinking space to ensure practical analysis.

When considering the question and deciding the most appropriate techniques to use, the analysts should not be constrained by outcomes or end analytical profiles.

More often than not, analytical products result from combining several techniques inside one product.

You first define the problem and state the hypothesis to test a hypothesis. After that, data must be gathered in order to analyse it. After analysing the data, conclusions can be drawn.

In intelligence analysis, the scientific method is used in order to test hypotheses systematically.

The first step is to define the problem. The analyst must identify what it is they want to know and why it is important.

The second step is to state the hypothesis. The analyst formulates a statement that predicts what they think the answer to the question will be. To identify the hypotheses, you must first decide what you are trying to prove. This is called defining the research problem. Once you have determined the research problem, you should write down the hypotheses that you think might explain why the phenomenon occurs.

The third step is to gather data. The analyst collects information that is relevant to the problem at hand.

The fourth step is to analyse the data, which involves looking for patterns and relationships in the data to determine if the hypothesis is supported.

The fifth and final step is to draw conclusions. Define the options open to the decision maker.

Other aspects to consider within hypothesis testing include determining the sample size and others:

You need to define how big your sample will be before you start collecting data. If you accumulate too small a sample, then you won’t be able to make any conclusions at all. On the other hand, if you collect too large a sample, you will waste money and time.

Power analysis is an essential part of hypothesis testing. This method helps you calculate the size of your sample to ensure you have enough data to draw meaningful conclusions.

Once you have collected the data, you need to perform the analysis. You will use statistical software to generate a table with the results of your analysis.

In conclusion, what is hypothesis testing within competitive intelligence?

Our article asked what is hypothesis testing within competitive intelligence. A hypothesis test is a powerful tool that can be used to determine the relationship between two variables. However, it is essential to remember that this method is not foolproof and should be used in conjunction with other methods of data analysis.

We help brands, business owners, investors, CEO’s, marketing director and product management teams improve their competitive advantage. And don’t forget the offer of a free no-obligation review of your Competitive Intelligence needs. Just pop your email in below and we will get in touch with you to see how we can impact your competitive advantage.