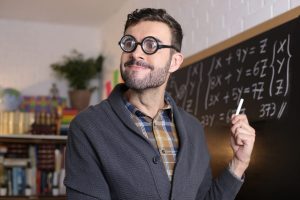 Bayes’ theorem is a mathematical formula that allows you to calculate the likelihood of an event happening based on prior knowledge. This is useful for understanding how likely something will happen, given the current information in your possession.

Bayesian theory considers all available information to calculate the likelihood of different outcomes. Allowing you to make more informed decisions based on the most likely scenario.

It starts from the assumption that we don’t know the actual situation your business faces. But we do have some information that can help us make better guesses. You can then use the Bayesian theory to calculate the likelihood of different outcomes based on your current information. Allowing you to make better decisions, even in the face of uncertainty.

In Bayesian theory, a probability is a number between 0 and 1, representing the likelihood of an event occurring. If we think of a coin flip, then the possibility of heads is 50% since there’s a 50% chance of getting either a head or tail.

However, the probability of Event B occurring is 100% because every time Event B occurs, Event A must also occur

Why Do We Need To Understand Probability?

The Russian invasion of Ukraine

Take the Russian invasion of Ukraine. Many analysts and commentators and undoubtedly many of the Ukrainian people believed that Russia was just bluffing. They were just putting pressure on NATO to cease their expansion to the east.**

Right or wrong, that was their prior proposition.

You put it all together, and suddenly, what appears to be there is indeed the final stages of a Russian ground forces exercise is, in fact, an invasion.

Once the probability of invasion had increased to certainty, it was down to western governments and NATO to make their decisions. All this Intelligence gave just enough time to get organised. We are surprised how western governments were surprised about the Russian actions. However, that’s what they were saying publically but privately was a different matter.

The essence of Bayesian theory

So, the essence of Bayesian theory is that whenever new evidence arrives, you can use that methodical way of thinking to alter your degree of belief in your previous proposition.

In conclusion, Bayesian theory is a valuable tool for understanding the likelihood of events occurring. It helps analysts make better predictions and understand the underlying factors contributing to those events.

**Note that many other analysts believed that Russia would invade. Perhaps because they understood Putin’s thinking a little more, or they were listening to the right information from the right sources. Also, unlike the 1960’s Cuban missile crisis, the western powers failed to offer Putin a ladder to climb back down from the brink.

We help brands, business owners, investors, CEO’s, marketing director and product management teams improve their competitive advantage. And don’t forget the offer of a free no-obligation review of your Competitive Intelligence needs. Just pop your email in below and we will get in touch with you to see how we can impact your competitive advantage.