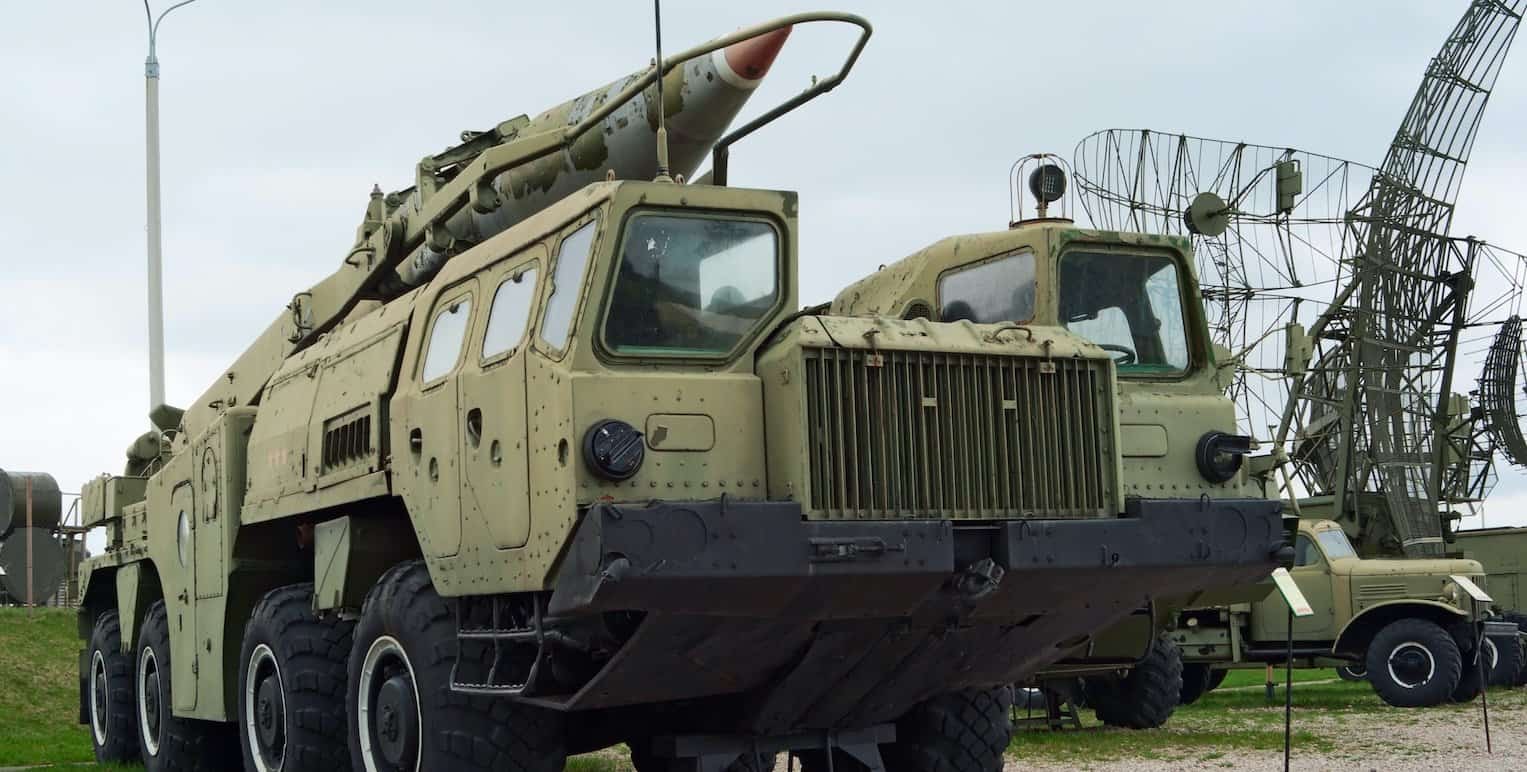 This article, Weapons on mass destruction, takes a look at the Intelligence activities in the lead up to Gulf War 2. And what Competitive Intelligence professionals can learn from it.

This article came to life after watching Alistair Campbell’ answering questions offered by the Chilcott inquiry on 12th January 2010. There were several observations from the Government’s attempt to justify the 2003 war with Iraq. Observations to be aware of when monitoring their rivals activity at any level. During September 2002, the Government published a dossier to justify the 2003 Iraq War. It resulted in immense damage to the credibility of our Intelligence services. But there are lessons we can learn.

The Intelligence Services opposed the publication of the dossier. They believed it would reveal their primary source of Intelligence preventing future use. Dissuading others coming forward with information. Perhaps the consequence of poor source management may not be as severe as being caught giving information about the Saddam regime. Still, it does raise the debate about revealing too much information about your sources of information.

Military intelligence professionals disguise their sources. They check each word to ensure there is no hint of where the information has come from. Within Competitive Intelligence, the protection of sources of information is also critical. Especially when you have promised confidentiality to the person who gave you that vital piece of information.

In some cases, intelligence sources can play a vital part in the end product. But always be aware of your document got into the wrong hands would your sources be happy or embarrassed by it? Will it make them reluctant to offer information in the future? I believe it is good practice never to reveal your sources. But if you feel it is necessary, ask your source’s permission before publication. It may be wise to reference sources to an appendix for specific eyes only.

British Intelligence was not able to hide from scrutiny by citing source protection. So it’s even less likely it would be a valid excuse if something goes wrong with your Competitive Intelligence activities. This is where ethics also comes into play. Staying on the right side of ethics and the law, will mean you have nothing to be embarrassed about if an authority wants to know more.

The government dossier was controversial for several reasons. The most important of which was not great.  Despite millions spent on hunting for them, the Allies could not actually find any Weapons of Mass Destruction (WMD). Alsothe now-infamous claim that Iraq could deploy some of its weapons within 45 minutes, was “sexed up” (BBC). (Or marketed to a target audience!) The dossier for Tony Blair to justify the war to his back benchers, his Cabinet and the voters.

They found the 45-minute claim in a report to the British Joint Intelligence Committee 29th August 2002. It stated it would take an average of 20 minutes to deploy Chemical and Biological weapons. The maximum time was 45 minutes. Military intelligence sources with an in-depth knowledge of artillery systems recognised them. They were the timings from the Soviet-built Artillery Rocket Troops manual.

Soviet troops worked to standard operating procedures for everything they did. So they trained and practiced to launch a Scud Rocket in 45 minutes. With the Allies “No Fly Zone” any action from Scud Missiles would have resulted in their destruction long before 45 minutes. There was significant debate within the Intelligence and Military world about making it clear what the 45-minute claim actually meant. The original wording stated that there were “Intelligence indicates that from forward deployed storage sites, chemical and biological munitions could be with military units and ready for firing within 45 minutes.”

The Intelligence community was nervous about how the politicians failed to mention the report assumptions. And the final report removed the important qualification statement “forward deployed storage sites.” It turned out to be very important to make clear that the weapons had to be already prepared and actually waiting on the front line. UN Weapons inspectors and the best air forces in the world flying above them forced the Iraqi regime to use a “Just In Time” policy to its deployment and the actual manufacture of its WMDs.

A “Competitive Intelligence” report must have assumptions isolated, explained, clarified or removed. In the case of the British Government, these assumptions caused a dramatic loss in public confidence and questioned the honesty of the Blair government. Check summaries, titles and conclusions to confirm that is exactly what you want to say, in the right context, and it is clear for the reader to understand. Does your removal of any words change the meaning or the context of it?

The Prime Minister and his advisor Alistair Campbell was looking for a sentence that the public would understand for a reason to go to war. It was a New Labour sound bite to sell the war to the public and their back benchers. It was their marketing pitch. This unqualified 45-minute statement was too good to be true for them, and Campbell was promoting his story to the newspapers, encouraging headlines such as “British bases in Cyprus were 45 minutes from doom”. London’s Evening Standard duly printed the story.

The 45-minute statement was in circulation. And used in several documents. Including an introductory statement from the Prime Minister within the Joint Intelligence Committee assessment. Each mention of the 45-minute claim, it became stronger and stronger and entirely out of context from the original intelligence reports. The draft dossier was published on 16th September – “Iraq’s programme for weapons for mass destruction”. On 24th September the dossier was published titled “Iraq’s weapons of mass destruction”. At no time did the intelligence services say that Iraq had any weapons of mass destruction.

As you can see, changing one word in the title of a report dramatically changed the impact. We are living in a world of headlines, sound bites and Tweets of no more than 160 characters long. TV programmes are designed to keep people interested who have the attention span of no more than 10 minutes. It is essential that when reporting the findings of your rivals, headlines are not overdramatic deflecting the audience away from the real value of what you are trying to tell people.

An intelligence end product must be a result of what the collection of information activities have achieved and not what the client or company directors want to see. Tony Blair asked their intelligence organisations to prove that there were WMDs rather than a more sensible query like asking if Iraq still had the ability and determination to create WMDs.

History tells us that Saddam used WMDs on his own people, but did he have the ability to use these weapons at that point in time? The 45-minute claim was mentioned several times in the dossier. It was claimed to have originated from an MI6 source in Baghdad. There are a number of reasons why the source may have been giving this information freely. It could have been a disinformation plan to dissuade Iraq’s main regional threat, Iran, from taking the chance to invade a weakened Iraq. Iraq having WMDs and a history of using them could have made Iran think very carefully before proceeding.

It may have been the case that Iraq did have WMDs and the contact in Baghdad was genuine, but like when you are talking to people who know about your rivals, you must always be mindful as to the reason why they are giving you the information. If you understand their pain, you will be able to put the information they give you in context. Finding a piece of Intelligence about your competitor, which you believe is gold dust, must be verified from as many sources as possible.

When analysing the information, you must be able to “see the big picture” and not always be too involved with the detail. The big picture, in this case, was that Saddam had the capability, will and track record to use WMDs, but due to the inspections could not store them. Technically, he would have had WMDs if it was not for the inspectors, but without the actual physical evidence of their existence, it would be difficult to use this as a case to go to war.

In summary, when conducting Competitive Intelligence or just taking an interest in your competitors never take anything anyone tells you or something you read as gospel. Verify everything. Make sure you always look at the big picture. When a competitor does something, however silly it may seem, always ask yourself the big picture question – So what?

When someone offers you some information, it is your responsibility to be discrete with their identity, and the research you carry out on my competitors must always be conducted ethically. When writing your reports and presenting your findings, you must ensure that you highlight any assumptions and where ever possible removed. Always be aware of political pressure to find the right information they are looking for, never encourage collection activities to be based on proving something to be correct. Ensure executive summaries and headlines are an accurate reflection of the main findings of any document.

This article was called Weapons on mass destruction and looked at the Intelligence activities in the lead up to Gulf War 2, and what Competitive Intelligence professionals could learn from it.