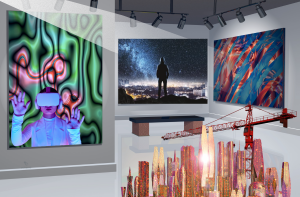 Use competitive insight to ride the changes rather than trying to hide away. It’s 2023: Wake up, improve and win…

In a time now long behind us, Bob Dylan referred to the ‘times they are a changing “Come, Senators, Congressmen, please heed the call don’t stand in the doorways and block up the halls.” This article implores you to use competitive insight to ride the changes rather than trying to hide away

As things are going, it wouldn’t seem too indulgent to borrow another slice of timeless wisdom from the Nobel Laureate “the first one now, will later be last” it has a mysterious providence to it in our world. A World where we find an increasingly tenuous grip on reality across the whole political spectrum. We find ourselves concerned with seemingly endless issues that potentially pose existential threats at a rate far more regularly than we would care to feel comfortable.

Similarly, in the business world, all too often, similar concerns seem justified, and urgency of action is supplanted by cosy confidence and absence of vigour. We see this all too often in the course of our investigations, worryingly more common and seemingly distant from the external threats prevalent now in every sector. In fact, we conclude that such lazy luxuries of apparent disinterest are rapidly becoming predictable.

Today’s business climate is dangerously inattentive, so much more turbulent waters are ahead. To extend a nautical metaphor beyond graciousness, “there are not enough ‘ships’ with hands on the tiller and no eyes on compass or horizon”. We remain convinced that yet more (avoidable) turbulence lies ahead.

By way of an example, here is just one of the growing number of surprises on our “watch list’. Nicholas Eberstadt of the American Enterprise Institute & Center for Strategic and International Studies recently sat down with Uncommon knowledge presenter Peter Robinson to discuss the implosion in fertility rates in the U.S.(and just about everywhere else). And why that’s such a looming economic and social problem for nations.

The implication of this is alarming for literally the opposite reason as the current environmental narrative, which might lead, hopefully quickly, to new globally applied strategies in 180 degrees the other way (see link at the end of this article).

In other areas, macro impacts will become directly impactful across the whole business sector. And not particularly dependent, we might add to the recession threat impacts. Although on that matter, we remain quietly confident that in 2023 there will be more of a soft landing than a hard crash economically before markets begin to look more bullish.

China will likely see economic pressure within a decade because they have built what amounts to a bipolar \ population. In essence, population one lives within 30 miles of the coastline, mainly living in massive conurbations and mega cities and working predominantly within manufacturing operations that service global clients.

Population two are little more than urbanised feudal land workers who provide agriculture, indigenous mining, and the like, feeding domestic requirements for internal consumption. As both populations shrink, the mega City infrastructure will become more pressured. The expanding elderly population will need caring for, and in the countryside, the agricultural infrastructure will also be pressured.

India will become the primary beneficiary (in relative terms) because their tech sector is still growing. It will soak up more that would traditionally go to China (this is already happening fast in tech and textiles). However, it is not impossible to see mighty Chinese tanks heading for Punjab through into India’s breadbasket.

Pakistan may well find itself in an unusual alliance with India for the same reasons. India has already moved to close alignment with Russia to ensure Russia’s unbelievable volume of natural resources is safely secured for India’s growing industry.

Russia will probably do better per capita than its ex-Soviet satellite states. The population of Russia has already migrated to cities in large volumes, and technology invested in agriculture and extraction of wood, minerals, uranium, copper, coal, gold, and water are invested in by Middle Eastern allies. Central America will continue to grow because, like India, its economic evolution has not yet matured.

All Western states will be heavily hit. They must revert back to as much indigenous manufacturing and energy provision as possible to retain sovereignty and economic stability. This will be politically challenging and somewhat embarrassing in light of recent sustainability promises that have been made. Look out for those commitments to be u -turned as quietly as they can manage throughout 2023.

Unfortunately, we now suffer from an across-the-board dearth of political capability in Western economies, especially in terms of robust and solvent growth and focused economic strategies.

Israel and the Middle East

Israel has the distinction of being almost alone in retaining a retained positive birth rate. While operating on a western model, the country seems unified by a common purpose. Something that has all but disappeared from view in the more liberalised western economies. And as a result, they now suffer from a mostly directionless citizenry. Facing a diminishing academic prowess, huge obesity challenges, and rapidly falling IQ rates.

The Middle East will continue to become generally more cosmopolitan. They will continue to have populations, especially in coastal areas on the whole (with some exceptions) but have both the wealth and the will to develop their economic diversity and so will become the new global economic leaders in the next 25 – 30 years.

We need to act

So unless there is a change of pace, direction, culture (in many organisations). And determined leadership, 2023 will see some very avoidable tragedies. Applying an uncompromising commitment to preserving the status quo is now looking misguided and borderline irresponsible. Why? Well, because the status quo isn’t what you think it is. Essentially, you’re trying to preserve something that isn’t there anymore!

For Octopus Intelligence, none of this is particularly a new realisation. We saw the need for augmented solutions as far back as 2013. And we used our (then) tiny voice as best we could as the world jumped onto the tech train to everywhere where CEOs openly postulated on the metric of success. Including less human more machine portfolios.

We have yet to see a growing trading company with no humans within (or without). It’s astonishing even now to think that in the ten years that have passed, such earnest and proud convictions were a pretty common mantra. Money has been cheap and human capital became cheaper. And investment in the remaining people became siloed in all sorts of other directions that are now looking very expensive. Especially as the technological entropy curve grows with investor appetites changing. Probably due to a number of bubbles bursting, and of course, not least the macro demographics.

Use competitive insight to ride the changes rather than trying to hide away. It’s 2023: Wake up, improve and win…

Now is the time to recognise and embrace the changing landscape. Move proactively to review where you are and what precisely your competitors are doing. Do you know for sure who your competitors are, and what are their plans? Now, not two years ago. And what exactly are you going to do to build market share and competitive advantage. To ensure that you are still around and succeeding in a future that’s going to be critically testing you very shortly.

Start controlling your future. Stop assuming that you will be unaffected and make the first move and contact us at www.octopusintelligence.com, hopefully before your competitors do.