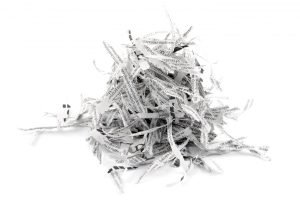 Are you intuitive or analytical? If you have to think about how to answer this question, you are already not intuitive.

Are you intuitive or analytical? If you have to think about how to answer this question, you are already not intuitive.

From now on, this piece will be a required reading for every one of my CIP™s (link at the bottom). In it, Ms. Medina laments the loss of the rightful place for intuition in intelligence analysis. One paragraph caught my eye early on as it is a mirror image of so many wasteful corporate practices.

“When I was just starting out at CIA, there was an analyst in my group who worked in a particularly methodical way. As she read all the various intelligence reports, she would type on a sheet of paper (and it was a typewriter then) the excerpts that she considered meaningful. She would then cut the paper into strips, so that each strip contained just one excerpt, and filed them in notebooks. When it came time to write an article about a particular issue, she would pull out the relevant strips of paper, organize them into paragraphs, write connecting and transition language and an occasional topic sentence, and, voila! She had an analytic product.”

Reality was not a cut-and-paste operation

Ms. Medina, who rose to Deputy Director of Intelligence at the CIA, was tempted to “blow on her desk to scatter the strips hither and yon.” She didn’t but she did ask her bosses if this cut-and-paste was their idea of intelligence. As she conveys, “I appreciated that reality was not a cut-and-paste operation.” She recalls the bosses shrugging their shoulders and remarking that they couldn’t argue with the productivity. That analyst was the most prolific member of the team, churning out analytic content at twice the rate of any of the others. But as Ms. Medina says so succinctly, “her intelligence reports, accurate in the details, were uninspiring in their insight.”

Ms. Medina is being polite, you know that, right? What she is saying is, this analyst produced a lot of BS.

Priceless insight: “I appreciated that reality was not a cut-and-paste operation.”

Reading this was like reading my own writing exposing the true nature of “CI platforms” and their information practitioner adopters. Her bosses’ response back then should be a warning sign to executives that companies who tolerate this busy work are shortchanging their own competitive intelligence capabilities, replacing it with “research” productivity of dozens of accurate and insightless reports and news flashes and zero competitive impact.

Let’s be clear – hang this sign on your door:

My own experience with hundreds of companies suggests that the more prolific “researchers” are often the least insightful and that the focus on accuracy is a hedge against their lack of true value. That is especially true of offshore “CI”.

The more prolific “researchers” are often the least insightful

Ms. Medina’s take on intuition vs analytics relates them to System 1 vs System 2 in Daniel Kahneman’s terms. Though Kahneman didn’t invent the distinction, he popularized it immensely in his 2012 book, Thinking Fast and Slow. It reminded me of the great debate between Kahneman’s school of thought with its focus on cognitive biases and Gred Gigerenzer’s focus on the benefit of intuition. I belonged to the first school by virtue of heritage, and since then I came to doubt it. It was one of the greatest clashes of perspectives in behavioral economics at the time and Kahneman won it hands down as he and his followers showed how many errors of judgment came from relying on System 1. I wrote my only best-selling book, my 1993 Business Blindspots in this vein (7 copies sold immediately.)

Alas, in the process we lost all appreciation for System 1.

I recently read a book that listed close to forty (!) different “named” biases, some real, some imaginary. It’s in vogue to propose new cognitive biases. As I was struggling through the diversity of biases, I wondered:

How do businesses make any good decisions?

The reality is that most decisions are good, and cognitive biases are relatively infrequent. Many of those good decisions start with decision-makers’ intuition.

In our CIP™ training, I provide my trainees with the economic frameworks to look at every bit of information, but I urge them to rely on their subjective perspectives in interpreting the deluge. Intuition is based on your experience, and your accumulated knowledge, which brings about precognition.  As Medina states, “A new emphasis on System 1 thinking will inevitably present us with moments of possible precognition. We no doubt will discover skilled precogs among our analysts, who have probably been using these skills all along, perhaps not knowingly. But we will need to use our System 2 analytic minds to distinguish noise from true signals and to develop protocols to explore these signals with rigor.”

Read MS. Medina’s article here. If you have a mind, keep it open. Ms. Medina, you get me as an admirer (not that you should care). I have the sense that if you took my Compete Challenge, you’d be a super shapeshifter.

At the Academy, we recently tested a quick tool called the “Compete Challenge” which we hope to launch in collaboration with SCIP (once our nemesis, today our beloved partner due to Jay Nakagawa’s noble leadership. We might still go back to nemesis if he ever leaves, but for now- it’s him and me doing this.)

The tool demonstrates the full power of competitive intelligence to managers in market-facing positions (marketing, strategy, sales, product, brand, innovation and BD managers) without the tedious abstract slides. This Challenge is based on the idea that one factor in a great intel analysis can come from an innate talent. Yes, the mysterious intuitive element.

In a short virtual session with more than 150 managers in two Fortune 500 companies, they tested their intuitive side in predicting competitors’ moves. Philp Tetlock calls that “superforecasting.” The winners earned the title, “shapeshifters.” I think my term is sexier.

The response was overwhelming. The “side effect” was debunking the myth that CI is just another “check the box” type of “busy work.”

Never dismiss off hands your intuition.