The Data Revolution is Dead. Long Live The Human Analyst! 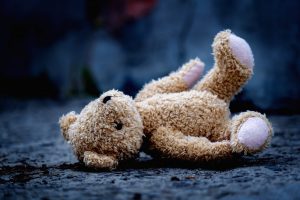 The data revolution is dead. Long live the human analyst!

A recent article in HBR by three IMD researchers describes a new framework to identify customers’ unmet needs.  The article is brilliant- it provides dozens of examples how looking differently at data can yield insights leading to successful business initiatives. Most of the cases are about startups and entrepreneurs, which is not surprising, given that large firms play defense, attempting to protect their core business. Unmet needs – especially for unconventional customers – lie outside the business horizon for most large incumbents. Afterall, their mega brands meet many customers’ needs, or they won’t be mega brands. The article is called the data revolution. Long live the human analyst!

At least that’s how the thinking goes in most large companies I work with.

While the article provides strong support for gathering digital data and using AI and analytics to reveal hidden or obvious patterns, one case, in particular, intrigued me. It actually demonstrated the vagaries of waiting for data.

In 2020 the pharmaceuticals giant GSK worked with the market research and consulting firm Ipsos to investigate emerging trends in the nonprescription flu and colds category. The agency scraped 3 years of data from the web, applied semantic AI, and discovered… hold for it…

a spike in demand for natural and immunity-boosting products.

strong dissatisfaction with the effectiveness of products to ease cough and fever symptoms.

I was laughing so hard I started coughing and couldn’t stop with the available products. I understand why the IMD authors- one of them I know personally as a brilliant strategy scholar- included the example to show how digital user generated content on social forums can yield “insights”, including looking at “home remedies” used by parents. And to be fair, any time a large Pharma company actually “listens to the market”, I count it as a miracle. But the trend toward natural remedies has been going on for 20 years, not three. Waking up in 2020 shows a total deafness to the voice of the market, which is way more prevalent in large companies than the authors admit.

In 2020, for example, Church & Dwight Co., Inc. has completed the acquisition of Matrixx Initiatives, Inc., the owner of the ZICAM™ brand – the number 1 zinc supplement in the US- for $530 million. Zicam was first produced in 1990. At that time GSK was fast asleep.

Who is supposed to listen to the “voice of the market”? Market research? Sure. Market research can produce copious amounts of data late in the game. CI does it decades earlier. Looking at substitutes as part of a segment analysis (in this case OTC and prescription drugs for flu and cold) would have surfaced those insights much earlier. Just a 5-minute visit to any CVS pharmacy anywhere with the over-booked shelves in the cold and allergies category would have been way quicker (and way cheaper) indicator than waiting for AI and apply its magic to Big data.

Market research can produce copious amounts of data late in the game. CI does it decades earlier.

Common sense is in short supply at times among large companies.

Data killed the cat, not curiosity

The result of this amazing breakthrough at GSK has been pathetic. In response to Ipsos’ findings (I wonder how much GSK paid Ipsos for this remarkable endeavor), one initiative was “a roll-on perfume applicator filled with nasal decongestant for easy application under a sleeping baby’s nose.”  That’s natural??? Have these geniuses heard about eucalyptus rub?

Another was “a cough suppressant that works instantly by targeting the cough reflex arc in the brain stem.” Wow. Was that insight based on the findings from the BIG BIG Bad data?? Were parents on social media asking for a molecule crossing the brain-blood barrier into their baby’s brain?

The authors reported that neither innovation has yet been commercialized.  Thank god for small favors and keep spending millions on AI augmented scraping of social sites instead of asking your CI teams to use common sense and simple observations to see what’s under your nose. Or in this case, inside the nose.

The other example quoted in the otherwise brilliant paper using a large company was Volvo which produced sensors to warn drivers of deer and bicycle riders way in advance. Or maybe it was about a sensor warning deer riding bicycles about Volvo cars, which I guess is popular in Sweden and Vermont but not much elsewhere. Then there was Lego which listened to a suggestion from one adult user but only after decades of seeing adult fans “as a source of irritation” as one senior executive admitted. And even then, it was an architect who contacted the company directly, not a suggestion Lego found in social media forums.

The framework created by the IMD team is well worth the time for CI professionals to adopt, as it accentuates what we teach them about the art and science of looking at differentperspectives.  So, if you are a competition analyst, read this article. It provides 4 powerful strategies to look at data. In the authors’ words, “The four strategies are meant to work in combination. Much of their value comes from switching perspectives and integrating the insights that emerge.” That’s what I call “shapeshifters” in the virtual Compete Challengeshort session we have been using with CI users to demonstrate that CI is NOT information. It serves to raise my CIPs’ profile with their marketing and product managers users. Switching perspective is CI at its best.

Switching perspective is CI at its best

But beware: in large companies, gathering digital data doesn’t guarantee anyone would listen.  The authors admit, “Although digital technologies can reveal previously invisible patterns and data, they also suppress important cues—feelings, intuition, and context—that are accessible only through in-person sensemaking.” (Emphasis added)

You are the sense-maker, often in an environment that lacks basic common sense.

The article is called the data revolution. Long live the human analyst!

This is an article by Ben Gilad called The data revolution is dead. Long live the human analyst! Ben Gilad holds the next workshops on sense making CI in November. To register, go to www.academyci.com