How to Compete Against Fast-Moving, Innovative Competitors 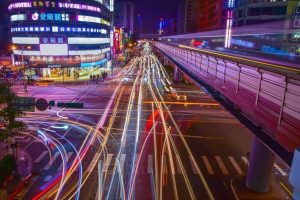 We ask how to compete against fast-moving, innovative competitors. There are plenty of opportunities for great companies to take advantage and gain market share. Especially the large and small well run focused companies who leave nothing to chance. They offer excellent products and focus on what they are good at. If your company is smaller than your competitors, you can pick off some unique products or services they don’t see as core to their business success.

Become more like a special forces Navy Seal team. Small teams within their own command and control structure and able to think for themselves. Flexible, highly trained and everyone knows their job.

So, pick it off and do it better than them to produce significant sales for you. Poorly run companies fail to take decisions, create anything new and have staff retention issues. They worry about internal politics and signalling without substance to gain publicity. If you are competing with a poorly run large company, then you can take advantage of their poor customer service and speed of supply. Whatever the size, you should avoid head to head competetion against fast-moving, innovative competitors. You are unlikely to win a direct full frontal assault on them. Not without taking significant casualties. Guerilla tactics and hearts and mind strategies are a much better idea against great opponents. Better still don’t attack them at all. Find another path or work with them.

You need to be smart and look at what they are not doing and find our what their customers don’t like about them. Or understand what needs they are not fulfilling. IBM realised too late that their love for just mainframe computers and a refusal to understand the B2C home user market, and allowed Microsoft compete. Before they realised the significance of individuals buying their own personal computers, it was far too late. And in all honestly, IBM is still lumbering all trying to find a winning formula. Yes, they are a massive, global and a household name.

But when you ask, what do they do, can you answer clearly and with conviction? As clearly as you could if the same question was asked about Apple or Macdonald’s? There are many instances of super large companies realising too late that a smaller competitor has developed a product they could have developed. And its usually as a result of “not getting the memo”, senior management thinking it’s too much bother or politics getting in the way. How to compete never crossing their minds. But, you are different as you live and breath your idea. You are committed to making your offering the best it can be. To carve out a little piece of the market for yourself.

Dressed in red and in formation

Some large companies are like the old fashioned way of fighting battles. You know, the soldiers in lines and formations, dressed in red or blue so the generals can make out where their troops are. A ranking system to keep order and moral. Slow-moving companies don’t know how to compete and should trim their waistlines to ensure they become more like a special forces Navy Seals team. Small teams within their own command and control structure and able to think for themselves. Flexible, highly trained and everyone knows their job. Been trusted to think for themselves, take responsibility for their actions and use unconventional methods to get the job done. And your size does not have to be a stumbling block to acting as a special forces team.

How to compete summary

We asked, how to compete against fast-moving, innovative competitors and suggested, no matter how biggest or well established you are, there are plenty of opportunities for great companies to take advantage and gain market share.