How Did a Fintech Learn Where They Can Win With Competitor Analysis? 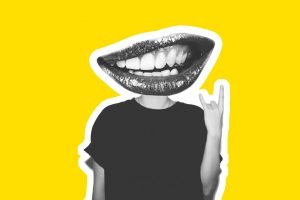 How did a fintech learn where they can win with Competitor Analysis? A case study

This case study is called how did a fintech learn where they can win with Competitor Analysis? Our competitor was experiencing a competitive fog with lots of chatter and cool interviews, vlogs and podcasts about how well their competitors were doing. They thought they could be getting left behind. But were they? We would be delighted to talk to you about it, but names and numbers have be changed to protect confidentiality.

You have built a successful fintech platform, have many customers, and you are growing. Then your investors are not as happy as they were as growth is slowing somewhat. Still impressive, but the curve is flattening. New competitors are jumping into their pool every day. There’s market consolidation, and corporates are buying your rivals. Your market is changing, and you look to the future. You realise you know little about their current competitors.

Never mind the new competitors entering the market. You may have gone to an expensive big four consultancy or a market research agency. So now you know competitors’ revenues, head office location, and growth projections.

How did a Fintech learn where they can win

You may even see the “finger in the air” guess known as the CAGR of the market. But, so what? Nice to know the information, but what you need to know is missing.

They have built a worldwide bank associated solution. Their platform is very popular, and they are developing new solutions. They have nearly 200,000 customers and have many software provider partners. Not an inconsiderable fintech. And they came to Octopus to help them answer questions about the future.

Octopus looked at the four competitive targets and provide an overview on a further five. We contacted the targets after planning a series of approach tactics.

We conducted Fintech Competitor Analysis for a well known recurring payments provider. And they got a better understanding of where they can win. Researching competitors and markets start with isolating the questions that need answering. Most of the questions should be forward-looking. It should go beyond kindergarten research of revenues and profits.

The result was that our client has

Also, they now had excellent understanding of their competitors’ pricing strategies. And an in-depth knowledge of product development maps. Our client understood:

They told us that we provided a more comprehensive report than expected.

And you know what?

They have a partner to help with their current and future competitive environment. We can do the same for you. Feel free to get in touch below. But in the meantime, here is our “starting a Competitive Intelligence project” questionnaire.

How did a Fintech learn where they can win with Competitor Analysis? A case study

In conclusion, this case study was called how did a fintech learn where they can win with Competitor Analysis? Our competitor was experiencing a competitive fog with lots of chatter and words about how well their competitors we doing. They thought they could be getting left behind. We made sure we let them know where they really were and proposed a number of ways for them to confidently move forward.

Home » Blog » Using Competitive Intelligence » How Did a Fintech Learn Where They Can Win With Competitor Analysis?