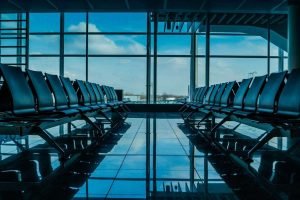 This is a case study called how Corporate Investigations revealed a dishonest managing director. Our services consisted of secondary desk research and in-country primary interviews and business investigations. The client question is NOT mentioned on our website.

You know how you may hear rumours about one of your very senior people in a country many miles away. But it’s how they do things over there. You ignore it at first, then your customers are telling you something is going on. Your MD was surrounded by rumours of fraud and hands in the till.

We got our boots on for our client and went on a trip. The heat hit us like a wall as we walked out of the main terminal. After a pleasant and uneventful overnight flight, We hailed a taxi to take me to our hotel. A friendly tourist hotel packed with Brits looking for some winter sun. The impressive buildings of XXXXX were imposing.

The previous weeks were packed with calls and email messages. To find out as much as we could about the target. To arrange meetings with people who had worked with the target. There were plenty of people willing to speak. A clear sign that the target had made an impression on people.

Whenever you find yourself in a country, it’s always essential to get a lay of the land. I selected 3 or 4 hotel lounges to meet people. Only two of them would be used. A last-minute change of venue is always a valuable tip to offset any potential issues. The chances were that there would be no issues at all. Hope for the best but plan for the worst.

The situation suddenly became more complicated. Why? Because our client had mistakenly cc’d the target person. Confirming details of the investigation. Easy mistake to make, (!?!) but when the target was only the country MD of the company and knew all about the rumours too.

Routine in country meetings were eye-opening. It soon became evident that the target was less than honest. But he was exceptionally well connected in the region. He had wholly integrated into the country. To the point where he knew members of the ruling family and wore the traditional dress at events.

We understood investigations would be disrupted by being arrested. So, the best approach was to call him and meet him for a chat over a coffee. To hear his side of events. So the date and time were set, and we did the last minute hotel switch. We were there an hour before to see if anyone was taking an interest. Exits confirmed and escape routes we walked. The reality was it was never going to get that bad as we had built rapport and told him we were there to hear his side of the story and wrap up the investigation so we can move on.

Meeting took place, and it was wall to wall defensive answers. Many tells that he was been dishonest. He couldn’t explain why he had changed his name. Or why the directors of former employers were so scathing. He claimed his best friend was a senior advisor to the country’s ruler. And another business associate was a senior member of the police force. And we could not disprove this claim.

His former employer stated he had been out of the region for over ten years. But we found evidence that this was not the case. No actual evidence was presented to us by former employers because of the influence the target had in the area. He was convincing in his story. At least he thought so, but there was one problem with it. It was complete Bunkham.

Bunkham, apart from his significant in-country contacts, including the local police chief. So during the meeting, everything was smashing. The initial report was sent to the client, giving very little away and expressing as much positivity as possible. The only reason for this is that we were still in the country and had no desire to extend the stay.

Upon returning to the UK, we were held up at the airport and asked a few questions. We were tested for explosives and the like. Thankfully after this getting on the flight was routine. And we wrote our final report.

The target was relieved of his duties and is still living in the country working for another company. The client learned lessons like having better due diligence before appointing anyone into such a senior position is the cheaper option. Our lesson was to revise our fee structure for this sort of work. The HR Director left the business soon after.

This was a case study called how Corporate Investigations revealed a dishonest managing director. Our services consisted of secondary desk research and in-country primary interviews and business investigations. The client question is NOT mentioned on our website.