Competitive Intelligence Lessons From the Past 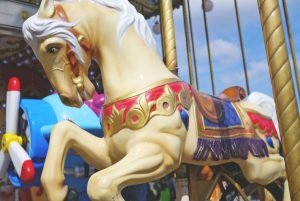 Our military thought that they couldn’t get to Pearl Harbour, that it was too long a journey from Japan to get there, and they proved us wrong” – Jerry Bruckheimer

So, where is your Pearl Harbor attack in your organisation? Is there a competitor out there who could prove you wrong?

The British Army’s transition from horse-drawn to truck pulled artillery pieces was not going to plan. The troop were struggling to fire their guns fast enough.

They noted while filming the soldiers’ actions before firing each artillery round, that the soldiers ran 30 feet back from the weapon and clenched their fists.

The senior officers were perplexed and could understand what was going on. But an old artillery warrant officer isolated the problem “They are holding the horses”. That’s the horses they used to haul the artillery into position and tended to scoot when the loud bang happened. So they had to hold their horses to stop them from running away.

They were following extinct procedures with no knowledge of why they were doing it? Businesses can also miss the most obvious things and assume nothing ever changes. Competitive Intelligence helps prevent those “hold the horses” moments. This story is taken from Gunfire at Sea by Elting Morison.

Please feel free to follow us and here is some further reading: