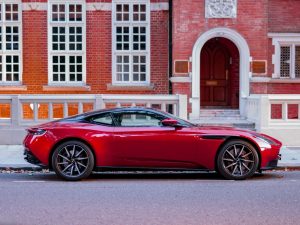 This post is an automotive manufacturer Market Intelligence case study. Read how we helped an ambitious Birmingham-based car parts manufacturer to break into new markets.

An ambitious Birmingham-based car parts manufacturer wanted to enter new markets. They were losing market share to rivals from the Far East, namely, China, Vietnam, and the United States. But they were nervous about moving into new markets without reducing the uncertainty they had. They had already used an accountancy practice to do some desk research on their behalf. They acted on the information presented to them and went into a market underprepared. It took five years to break even in that country. And they did not want to the same again. The company needed to know which market had the best potential and the calibre of the competition they would be up against. They wanted to be able to compete in their rivals’ markets because they believed they had a better end product. An end product car makers would wish to use.

Octopus drew up a list of potential markets, along with the opportunities and threats it would face in each. Armed with this information, the company made more informed decisions on the market it wished to enter. Using the new market intelligence, Octopus also arranged a £500,000 grant on the manufacturer’s behalf to help the company move to create new export opportunities. The manufacturer was better placed to make a significant impact in its chosen new market. Our client has since gone from strength to strength within the United States and the Far East.

This article was an automotive manufacturer Market Intelligence case study. Read how we helped an ambitious Birmingham-based car parts manufacturer to break into new markets.